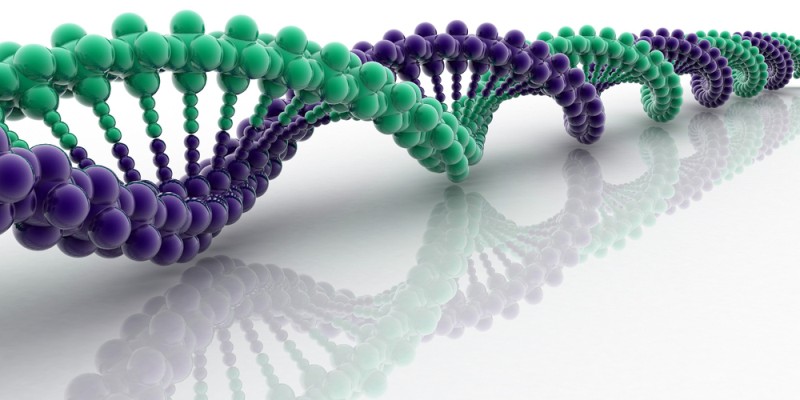 The case of Adam’s alien genes

In whose image was The Adam – the prototype of modern humans, Homo sapiens – created?

The Bible asserts that the Elohim said: “Let us fashion the Adam in our image and after our likeness.” But if one is to accept a tentative explanation for enigmatic genes that humans possess, offered when the deciphering of the human genome was announced in mid-February, the feat was decided upon by a group of bacteria!

“Humbling” was the prevalent adjective used by the scientific teams and the media to describe the principal finding – that the human genome contains not the anticipated 100,000 – 140,000 genes (the stretches of DNA that direct the production of amino-acids and proteins) but only some 30,000+ — little more than double the 13,601 genes of a fruit fly and barely fifty percent more than the roundworm’s 19,098. What a comedown from the pinnacle of the genomic Tree of Life!

Moreover, there was hardly any uniqueness to the human genes. They are comparative to not the presumed 95 percent but to almost 99 percent of the chimpanzees, and 70 percent of the mouse. Human genes, with the same functions, were found to be identical to genes of other vertebrates, as well as invertebrates, plants, fungi, even yeast. The findings not only confirmed that there was one source of DNA for all life on Earth, but also enabled the scientists to trace the evolutionary process – how more complex organisms evolved, genetically, from simpler ones, adopting at each stage the genes of a lower life form to create a more complex higher life form – culminating with Homo sapiens.

It was here, in tracing the vertical evolutionary record contained in the human and the other analyzed genomes, that the scientists ran into an enigma. The “head-scratching discovery by the public consortium,” as Science termed it, was that the human genome contains 223 genes that do not have the required predecessors on the genomic evolutionary tree.

How did Man acquire such a bunch of enigmatic genes?

In the evolutionary progression from bacteria to invertebrates (such as the lineages of yeast, worms, flies or mustard weed – which have been deciphered) to vertebrates (mice, chimpanzees) and finally modern humans, these 223 genes are completely missing in the invertebrate phase. Therefore, the scientists can explain their presence in the human genome by a “rather recent” (in evolutionary time scales) “probable horizontal transfer from bacteria.”

Altri Articoli >  The chalice of light in the Tree of Life

In other words: At a relatively recent time as Evolution goes, modern humans acquired an extra 223 genes not through gradual evolution, not vertically on the Tree of Life, but horizontally, as a sideways insertion of genetic material from bacteria…

Now, at first glance it would seem that 223 genes is no big deal. In fact, while every single gene makes a great difference to every individual, 223 genes make an immense difference to a species such as ours.

The human genome is made up of about three billion neucleotides (the “letters” A-C-G-T which stand for the initials of the four nucleic acids that spell out all life on Earth); of them, just a little more than one percent are grouped into functioning genes (each gene consists of thousands of “letters”). The difference between one individual person and another amounts to about one “letter” in a thousand in the DNA “alphabet.” The difference between Man and Chimpanzee is less than one percent as genes go; and one percent of 30,000 genes is 300.

So, 223 genes is more than two thirds of the difference between me, you and a chimpanzee!

An analysis of the functions of these genes through the proteins that they spell out, conducted by the Public Consortium team and published in the journal Nature, shows that they include not only proteins involved in important physiological but also psychiatric functions. Moreover, they are responsible for important neurological enzymes that stem only from the mitochondrial portion of the DNA – the so-called “Eve” DNA that humankind inherited only through the mother-line, all the way back to a single “Eve.” That finding alone raises doubt regarding that the “bacterial insertion” explanation.

How sure are the scientists that such important and complex genes, such an immense human advantage, was obtained by us –“rather recently”– through the courtesy of infecting bacteria?

“It is a jump that does not follow current evolutionary theories,” said Steven Scherer, director of mapping of the Human Genome Sequencing Center, Baylor College of Medicine.

“We did not identify a strongly preferred bacterial source for the putative horizontally transferred genes,” states the report in Nature. The Public Consortium team, conducting a detailed search, found that some 113 genes (out of the 223) “are widespread among bacteria” – though they are entirely absent even in invertebrates. An analysis of the proteins which the enigmatic genes express showed that out of 35 identified, only ten had counterparts in vertebrates (ranging from cows to rodents to fish); 25 of the 35 were unique to humans.

“It is not clear whether the transfer was from bacteria to human or from human to bacteria,” Science quoted Robert Waterson, co-director of Washington University’s Genome Sequencing Center, as saying.

The Role of the Anunnaki

Readers of my books must be smiling by now, for they know the answer.

They know that the biblical verses dealing with the fashioning of The Adam are condensed renderings of much much more detailed Sumerian and Akkadian texts, found inscribed on clay tablets, in which the role of the Elohim in Genesis is performed by the Anunnaki – “Those Who From Heaven to Earth Came.”

As detailed in my books, beginning with The 12th Planet (1976) and even more so in Genesis Revisited and The Cosmic Code, the Anunnaki came to Earth some 450,000 years ago from the planet Nibiru – a member of our own solar system whose great orbit brings it to our part of the heavens once every 3,600 years. They came here in need of gold, with which to protect their dwindling atmosphere. Exhausted and in need of help in mining the gold, their chief scientist Enki suggested that they use their genetic knowledge to create the needed Primitive Workers. When the other leaders of the Anunnaki asked: How can you create a new being? He answered:

“The being that we need already exists;
all that we have to do is put our mark on it.”

What he had in mind was to upgrade genetically the existing hominids, who were already on Earth through Evolution, by adding some of the genes of the more advanced Anunnaki. That the Anunnaki, who could already travel in space 450,000 years ago, possessed the genomic science (whose threshold we have now reached) is clear not only from the actual texts but also from numerous depictions in which the double-helix of the DNA is rendered as Entwined Serpents (a symbol still used for medicine and healing) — see illustration ‘A’ below.

When the leaders of the Anunnaki approved the project (as echoed in the biblical ”Let us fashion the Adam”), Enki with the help of Ninharsag, the Chief Medical Officer of the Anunnaki, embarked on a process of genetic engineering, by adding and combining genes of the Anunnaki with those of the already-existing hominids.

When, after much trial and error breathtakingly described and recorded in antiquity, a “perfect model” was attained, Ninharsag held him up and shouted: “My hands have made it!” An ancient artist depicted the scene on a cylinder seal (illustration ‘B’).

And that, I suggest, is how we had come to possess the unique extra genes. It was in the image of the Anunnaki, not of bacteria, that Adam and Eve were fashioned.

A Matter of Extreme Significance

Unless further scientific research can establish, beyond any doubt, that the only possible source of the extra genes are indeed bacteria, and unless it is then also determined that the infection (“horizontal transfer”) went from bacteria to Man and not from Man to bacteria, the only other available solution will be that offered by the Sumerian texts millennia ago.

Until then, the enigmatic 223 alien genes will remain as an alternative – and as a corroboration by modern science of the Anunnaki and their genetic feats on Earth. 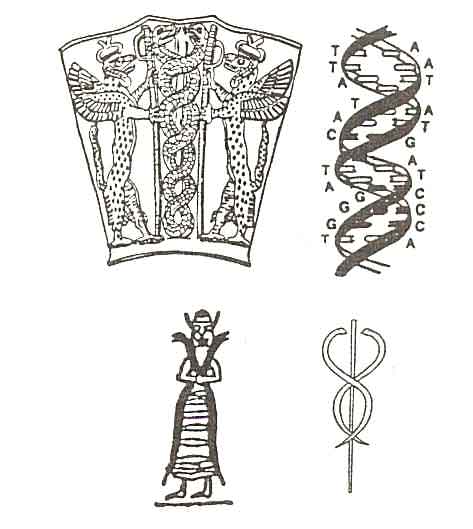 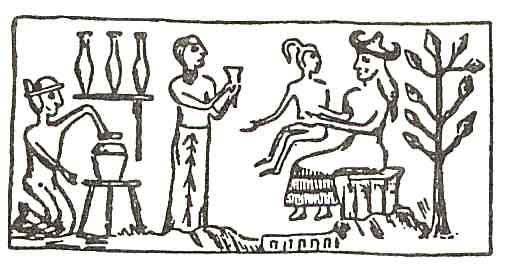 Permission to reprint is hereby
granted on condition that the
following is prominently stated: 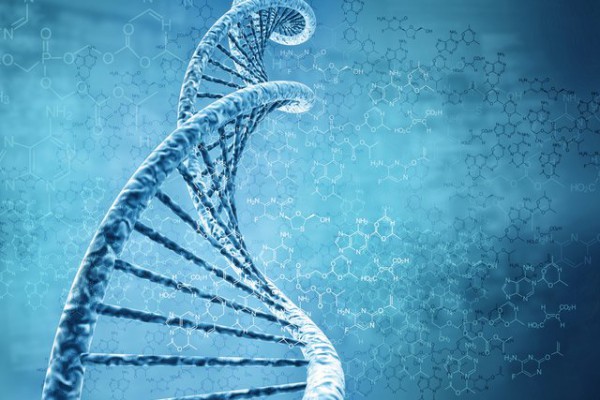 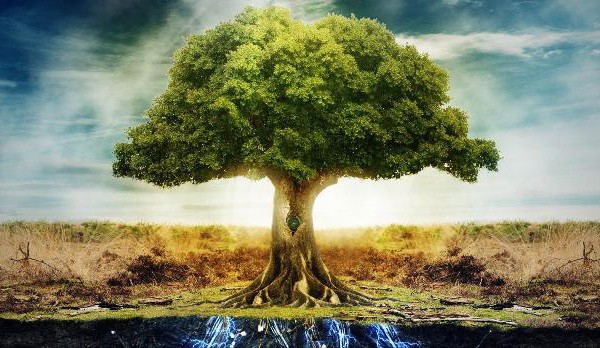 The chalice of light in the Tree of Life 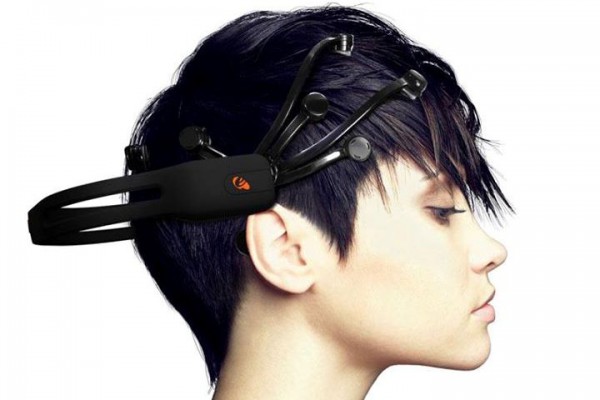